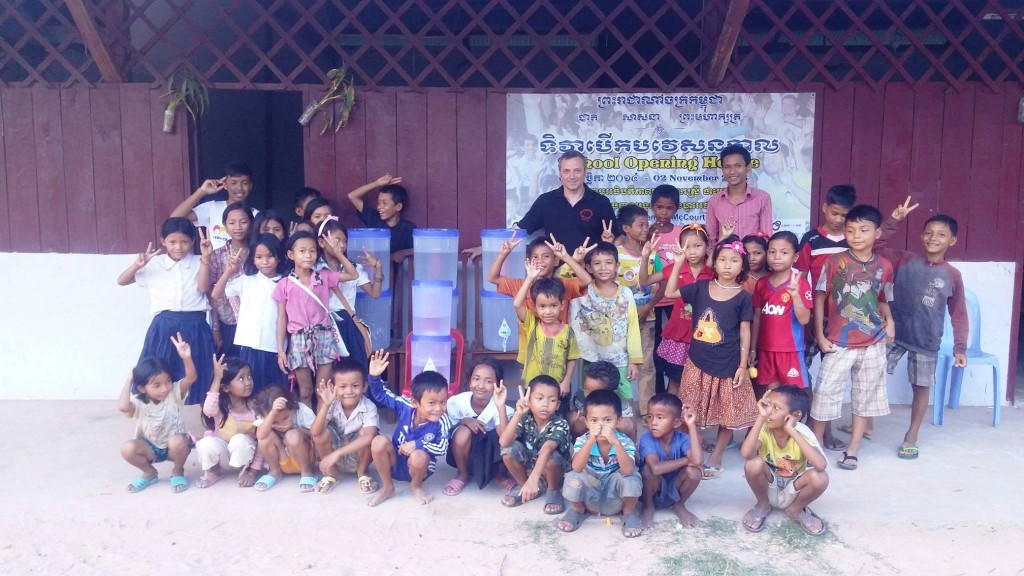 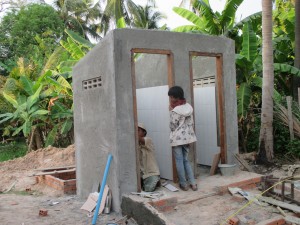 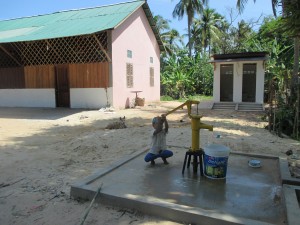 AKC believe that one of the best ways in developing the kids/adults to grow physically and mentally healthy is the care of Hygiene.

AKC has set up its programs which includes the education of how to be healthy to all the stakeholders and beneficiary group through the three daily care life practice, Live Well, Eat Well, and Drink Well. Since school is the field of model, the poor or lack of infrastructures would never be a good influencing to educate them.

AKC has almost everything in place such as the proper classrooms, the playground area and tools, and the library room, but it could never happen to be proper school without a proper toilet and the water pump well.

Thanks to Help4Cambodia, a German Foundation  for working wisely to bring AKC with many development areas; ones of those are a Concrete Well Constructed Bathroom Building with two toilets and a Standard Concrete Water Pump Well, built next to the existing 4-room school building.

There are many more things to develop, please contact us to if you wish to leave a great memory with AKC community project !