How it all began?

Angkor Kids Center was born without anything in its mouth. It is just standing on its decayed and unsecured feet with only the indigenous, volunteer, and dedicated team growing up from one single person!

The infamous souvenir from the genocidal regime of Khmer Rouge is destruction to both humanity and public infrastructure resources. Somrong village where a young boy Samnang was living in had also one of the most seriously suffered. With a limited remaining resources permitted Samnang to finish his primary school. Due to the historical and cultural values, Cambodia start to be more glorious to the outer world, in parallel, English has become popular, especially for the people living in the tourist designations such as temples of Angkor areas.

You might know that Buddhist monasteries are the place to survive the Cambodian culture and tradition. Due to the unavailable educational infrastructure around his village, Samnang had mobilized to live with the monks for his capital development. During the three years he could continue his governmental school, the religious study, and the dreamed skill which is ENGLISH.

As regulated by the pagoda, Samnang had been ordinated to be the monk. The year of 2002 after his six month ordination, Samnang abandoned his monkhood to continue his study. To practise his English, as requested by the village at his community, Samnang initiated an English class under his brother’s house, and he got USD0.75 participatory support from the students’ families which it really permitted him to pay for his English school fee.

How was the AKC being founded?

In 2004, Samnang meet a German couple while he was working as a mototaxi driver, and taking them on tour around the temples of Angkor. His biography had touched the couple deeply, as a result they paid him to go to a good English school in the town center, supplied him with a basic living cost; furthermore Samnang has been paid a vocational course on Travel and Tourism in 2005-2006. After his graduation, he was offered a job in one of the most famous tour operator based in Siem Reap. To get himself familiar with the new city life atmosphere, Samnang forced to give up his teaching in 2006.

Fortunately, one of the outstanding students, Ms Salet Nhey took her teachers’ role and moved the class to her house with a fundamental support from Plan Cambodia Organization. She had done the best job, consequently in 2008, she passed a scholarship of a restaurant and bar in a vocational training school similar to Samnang’s, and in the following year she got a job working for a luxury cruise from Cambodia to Vietnam and vice versa. Again, Salet forced to leave her class, and her younger sister, Salin NHEY has been volunteered to replace. Under Salin’s direction, the project has improved a lot from time to time. 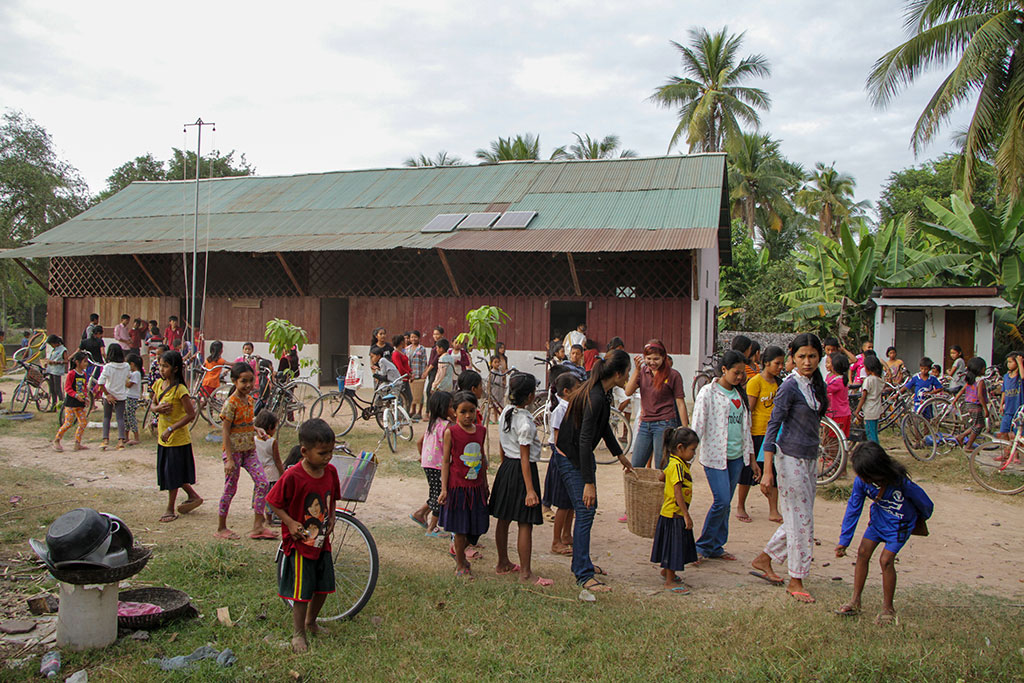 2009 was the year of initiative of founding Angkor Kids Center (AKC) as a community-based center! After three year successful job, Samnang could spare his time to help the center and named it to Angkor Kids Center as a present to his German adopted family, his own family and the whole community itself.

With the German team including the couple who had give him a bright life, AKC has developed itself significantly. Apart from the primary project of the English Language Classes Project, it has also initiated an environmentally-friendly project called the AKC Green Project.